Anatomy of the Knee

To better understand how knee problems occur, it is important to understand some of the anatomy of the knee joint and how the parts of the knee work together to maintain normal function. 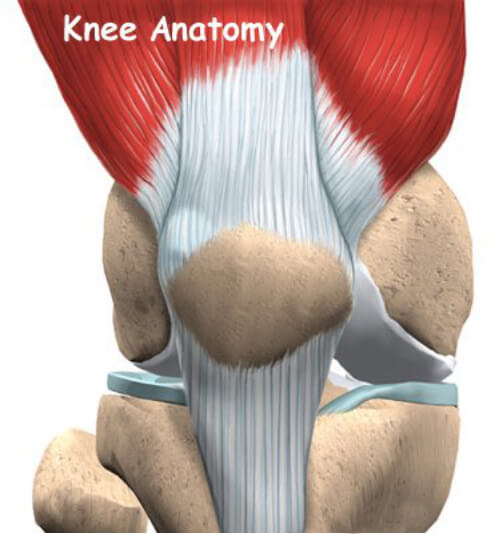 The important parts of the knee include

The knee is the meeting place of two important bones in the leg, the femur (the thighbone) and the tibia (the shinbone).

The patella (or kneecap, as it is commonly called) is made of bone and sits in front of the knee.

The knee joint is a synovial joint. Synovial joints are enclosed by a ligament capsule and contain a fluid, called synovial fluid, that lubricates the joint.

The smaller bone of the lower leg, the fibula, never really enters the knee joint. It does have a small joint that connects it to the side of the tibia. This joint normally moves very little. 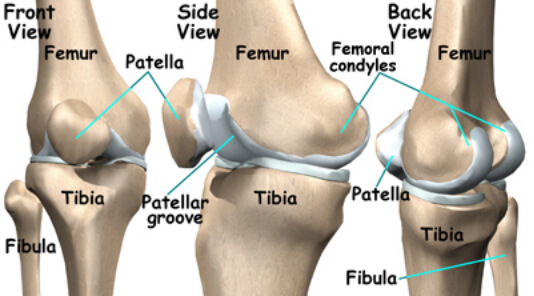 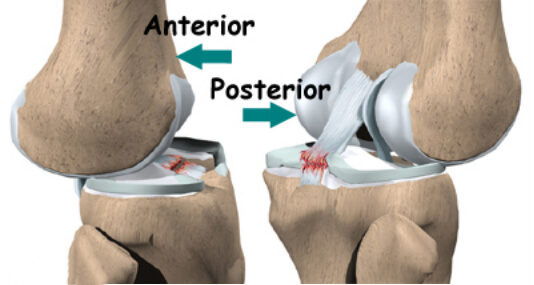 The MCL and LCL prevent the knee from moving too far in the side-to-side direction. The ACL and PCL control the front-to-back motion of the knee joint.

Two special types of disc shaped cartliages called menisci sit between the femur and the tibia.

The two menisci of the knee are important for two reasons: (1) they work like a bushing to spread the force from the weight of the body over a larger area, and (2) they help the ligaments with stability of the knee.

Taken all together, the ligaments of the knee are the most important structures that stabilize the joint. Remember, ligaments connect bones to bones. Without strong, tight ligaments to connect the femur to the tibia, the knee joint would be too loose. Unlike other joints in the body, the knee joint lacks a stable bony configuration.

The portion of tendon above the patella is called the quadriceps tendon since it attaches to the quadriceps muscles in the front of the thigh. The hamstring muscles on the back of the leg also have tendons that attach in different places around the knee joint. These tendons are sometimes used as tendon grafts to replace torn ligaments in the knee. 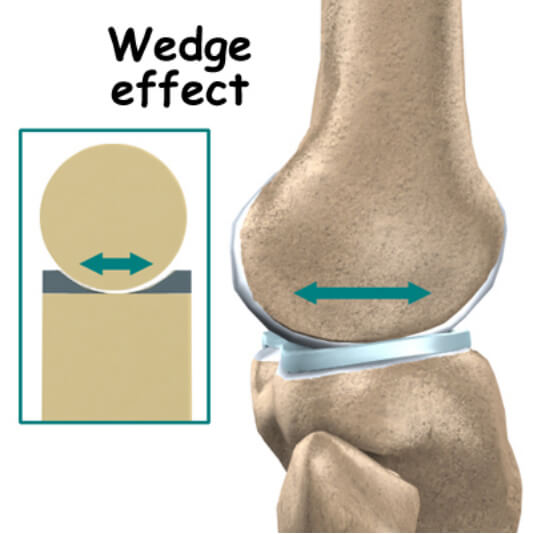 The hamstring muscles are the muscles in the back of the knee and thigh. When these muscles contract, the knee bends.

The most important nerve around the knee is the popliteal nerve in the back of the knee. This large nerve travels to the lower leg and foot, supplying sensation and muscle control. The nerve splits just above the knee to form the tibial nerve and the peroneal nerve. The tibial nerve continues down the back of the leg while the peroneal nerve travels around the outside of the knee and down the front of the leg to the foot. Both of these nerves can be damaged by injuries around the knee.

The knee has a somewhat unstable design. Yet it must support the body’s full weight when standing, and much more than that during walking or running. So it’s not surprising that knee problems are a fairly common complaint among people of all ages. Understanding the basic parts of the knee can help you better understand what happens when knee problems occur.